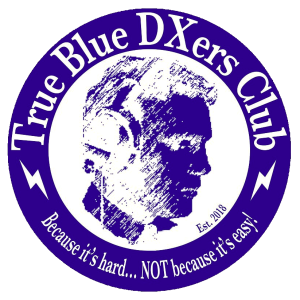 Dear friends,
It is with great sadness that I have to announce my decision to bring the TBDXC experience to a close.
This follows the resignation of our President and Marathon Manager Peter DL3NAA, triggered by yet another “scandal” about TBDXC members massively engaging in FT8 activity.
This problem emerged already more than one year ago. Under pressure from more “purist” members, and in order to maintain the Club’s credibility, I wrote to the membership reminding what the Club stands for and asking those members who do engage in FT8 DXing to consider resigning. Many did, but this letter of mine generated heated and at times vicious debate on various forums, and a lot of feedback – some positive and some very negative - to me personally.

No. A check on Clublog in November 2022 showed that the situation hadn’t changed. As a result, you will remember receiving another email making the same points as the previous one. More expressions of support and a little criticism, on the one hand, and more resignations.

No. A check of the recent TN8K leaderboards shows that as much as one third of the TBDXC members who worked the excellent DXpedition did so on FT8, with quite a few members ONLY working TN8K on FT8 - no CW or SSB!

At this stage, it is abundantly clear to me that I have failed. My initial idea of an organised push back against the exploding digital activity may have been good in theory, but in reality:
a)    The TBDXC has failed to make the slightest difference in levels of activity. The recent and very welcome return of CW and SSB traffic appears due to improved propagation conditions and in no way linked to our promotional activity.
b)    The TBDXC has been largely ignored by its own members. Only two awards, for instance, were issued during a four-year period. Out of a membership of nearly 2,000, in another example, only about 350 submitted logs for the Marathon during two years, despite numerous, repeated calls to do so even if one doesn’t participate competitively – just to show support. And,
c)    What I find most extraordinary, many DXers evidently signed up just to be in a Club. They have not read, or not understood, they don’t care or they just plainly ignore the very foundation, the reason for the Club to exist, and happily work DX with automated digital modes. How is that possible, I honestly do not know. The Club is the laughing stock of anybody who cares to check who works what on what mode.

This is a sign of personal failure for me, and a betrayal to the majority of members who are passionate about the cause and feel good to be in the company of like-minded people.
I did not create the TBDXC to be a police organisation and never had any intention to singling out “offenders” or taking actions like issuing warnings or terminating membership. This is odious, extremely time consuming, and, for an informal association without even a formal membership, not even legal.
I am therefore left with no alternative but to close down the True Blue DXers Club.
A further reason of intense pain is that the demise of the Club will bring an end to the DX Ultra-Marathon – an initiative very much enjoyed by hundreds of DXers for the last two years. 2023 looked promising already, but I don’t see how this initiative could go ahead separate from the existence of the Club. This was indeed a good idea, with plenty of upscale potential, and perhaps someone will want to run it independently in the future.

In signing off, I would like to express my gratitude to those few souls who, during these four years, offered time, work, ideas and enthusiasm and helped me keeping the Club alive, in particular Petr OK1RP, Thomas DK3DUA and Peter DL3NAA.
But especially, I want to say a sincere THANK YOU to all of you – and you are many more than you think after reading this - who truly understood and believed in the ideas behind the True Blue DXers Club.